No petrol, diesel without pollution certificate at fuel pumps in Delhi from October 29 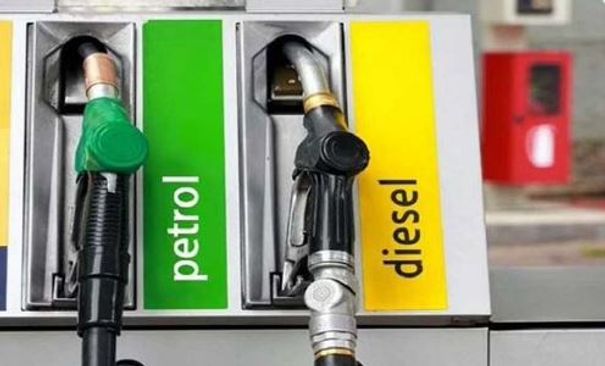 The petrol pumps in Delhi will not give petrol without a 'Pollution Under Control' certificate from October 29.

New Delhi, Oct 1: In view of the increasing pollution levels, the petrol pumps in Delhi will not give petrol without a 'Pollution Under Control' certificate from October 29, said Delhi Environment Minister Gopal Rai on Saturday.

The Graded Response Action Plan (GRAP) has been implemented in Delhi from today, he added. In the coming days, GRAP will be implemented in a phased manner in the national capital, he stated.

Under this, the Delhi government is starting its war room on October 3, while the anti-dust campaign will be started to control dust pollution from October 6. While from October 29, petrol pumps in Delhi will stop giving petrol without a PUC certificate.

Rai held a press conference today, in which he apprised about the development. Rai said, "With the help of 30 departments, we have prepared a winter action plan, which was presented by Chief Minister Arvind Kejriwal in front of the people of Delhi yesterday. This 15-point action plan will be strictly implemented and for that, all departments have been alerted.

Gopal Rai said that a 24x7 war room would be kicked off in Delhi Secretariat from Monday i.e. October 3 for proper implementation of GRAP. Apart from this, the Delhi government will also work through the Green Delhi app. Through this app, people can send complaints and suggestions related to pollution to the Delhi government.

Dust pollution is an important point of the Winter Action Plan and GRAP. Environment Minister said, "Anti-dust campaign will start from October 6. Under this, it is mandatory for construction or demolition sites of more than 500 square meters to be registered on the web portal. Also, it is necessary to install smog guns in areas of more than five thousand square meters. Private agencies should also prepare for this. Otherwise, action will be taken."

Under the Winter Action Plan, from October 10, the Delhi government will start spraying bio-decomposer in the fields of Delhi for the solution of stubble. Gopal Rai told, "This time it will be sprayed in 5 thousand acres. Last year, there was an incident of stubble burning from Narela Bawana, Mundka, so farmers are requested to use decomposers this time."

Gopal Rai further said that "We take many steps to prevent vehicular pollution in Delhi. Now it is being prepared that if the pollution level increases in winter, petrol should not be given at the petrol pump without a PUC certificate. In March, we sought suggestions regarding this. By May 2, the suggestions had come, on September 29, we started preparations by meeting with the departments of transport, environment, police etc. From October 25 onwards, petrol will not be available at petrol pumps in Delhi without a PUC certificate."

Minister Gopal Rai clarified that there is no plan for odd-even in Delhi yet. For now, we will focus on GRAP only. He said, "GRAP will now be implemented on the basis of AQI. If the AQI remains between 200-300, then as per GRAP, steps will be taken regarding the dust from construction and demolition, waste management will have to be done and there will be an order to stop all types of generator sets."

The minister said that if the AQI is 300-400, then the tandoor of hotels and restaurants will be banned. Apart from activities of national importance, diesel sets will have to be discontinued, parking fees will be hiked and the frequency of Metro and CNG buses will be increased. With 400-500 AQI, there will be a ban on vehicles coming from outside as well as big vehicles in Delhi will be stopped. If the AQI exceeds 450, then more stringent measures will be taken. Although there is no odd-even in this, the government will decide if it is needed.

Rai appealed to the neighbouring states to take steps during this period. Gopal Rai said, "There is an appeal that the states of NCR should also prepare their winter action plan. UP's politics is in Lucknow, Rajasthan's Jaipur and Haryana's Chandigarh, officers all sit here, so they don't know its seriousness." (ANI)