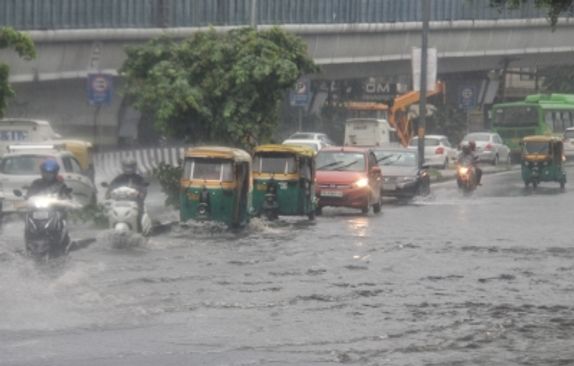 New Delhi, July 27: Incessant rainfall early on Tuesday brought much relief to the people of Delhi from sultry weather conditions, though the city witnessed traffic jams at major intersections due to waterlogging.

The meteorological department has predicted thunderstorms with light to moderate intensity rain over many places in the national capital along with Gurugram, Manesar, Panipat (Haryana) and adjoining areas during the next 2 hours.

On the other hand, rains resulted in waterlogging which caused long traffic snarls in many areas of Delhi.

An auto-rickshaw was stuck and several cars and buses were partially submerged at Delhi's Pragati Maidan and Mathura road.

"Traffic was affected in front of WHO Building near IP flyover due to water logging," said a traffic police.
(IANS)