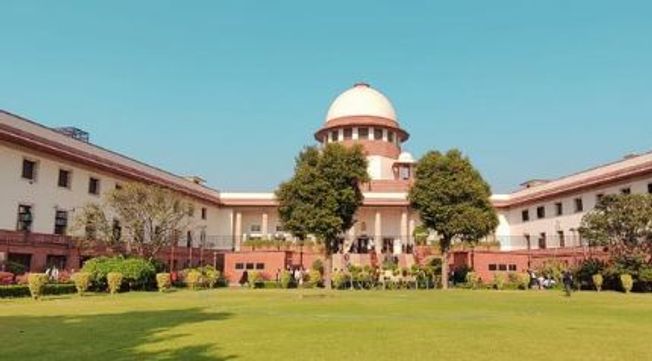 A bench, headed by Chief Justice D.Y. Chandrachud and comprising Justices A.S. Bopanna and J.B. Pardiwala directed the state power regulatory commissions to frame regulations for determination of tariff within three months to effectuate a balance for creating a sustainable model of electricity regulation in the states.

"We direct all state regulatory commissions to frame regulations under Section 181 of the Act on the terms and conditions for determination of tariff within three months from the date of this judgment. While framing these guidelines on determination of tariff, the appropriate commission shall be guided by the principles prescribed in Section 61, which also includes the NEP (National Electricity Policy) and NTP (National Tariff Policy)", said the bench, in its 93-page judgment.

The APTEL, by its judgment dated February 18, 2022, dismissed an appeal under Section 111 of the Act instituted by the Tata Power against a decision of the MERC dated March 21, 2021. Tata Power moved the apex court challenging this decision.

The apex court upheld the Aptel's (Appellate Tribunal for Electricity) February 18 order, which held that the MERC's decision to choose RTM (regulate tariff mode) route under Section 62 of the Electricity Act 2003 to award the transmission contract cannot be termed as "incorrect, perverse or inappropriate".

Chief Justice Chandrachud, who authored the judgment on behalf of the bench, said where the appropriate commission(s) has already framed regulations, they shall be amended to include provisions on the criteria for choosing the modalities to determine the tariff, in case they have not been already included.

The bench said the Electricity Act 2003 provides the states sufficient flexibility to regulate the intra-state transmission systems, wherein the appropriate state commissions possess the power to determine and regulate tariff. "The Electricity Act 2003 seeks to distance the state governments from the determination and regulation of tariff, placing such power completely within the ambit of the appropriate commissions," it added.

The MERC has neither framed regulations nor notified guidelines prescribing the criteria or guidelines for choosing the modalities to determine tariff, the bench said, adding that the MERC shall determine the tariff by exercising its general regulatory powers under Section 86(1)(a) of the Act.

"Even if the HVDC (High Voltage Direct Current) Project were to be considered a 'new project' in terms of the GoM's GR, the same not having been issued in terms of Section 108 as a direction to the state commission, the MERC's decision cannot be challenged for failing to comply with the same as the MERC is an independent body with statutory powers to determine and regulate tariff."

The bench said the commission while being guided by the principles contained in Section 61 shall effectuate a balance that would create a sustainable model of electricity regulation in the states and the regulatory commission shall curate to the specific needs of the state while framing these regulations.

"Further, the regulations framed must be in consonance with the objective of the Electricity Act 2003, which is to enhance the investment of private stakeholders in the electricity regulatory sector so as to create a sustainable and effective system of tariff determination that is cost efficient so that such benefits percolate to the end consumers," it said.

The top court said though the government, both at the Centre and in the States, have framed statutory policies and guidelines regulating the electricity sector, "we have noticed that the regulatory commissions have not framed the necessary regulations to put into effect the principles prescribed under the Act".

Tata Power moved the apex court questioning the MERC's decision on how the transmission license for such a large infrastructure project to build a 1,000-mw HVDC link between 400 KV Kudus and 220 KV Aarey EHV station could be awarded without following the process of Tariff-Based Competitive Bidding (TBCB) route and by "excluding other developers."

On this, the top court said: "The Electricity Act 2003 or the policy framework, particularly NTP 2016 read with the GoM GR dated January 4, 2019, did not make it binding upon the MERC to allot the HVDC project only through the TBCB route. For the reasons mentioned above, he Regulatory Commission's decision to grant the HVDC project under Section 62 was within a reasonable exercise of its powers." (IANS)