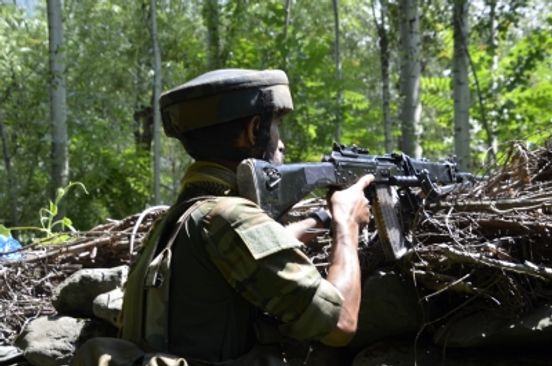 One terrorist was killed in an ongoing encounter with the security forces in the Baskuchan area of South Kashmir's Shopian district, officials said on Sunday.

Srinagar, Oct 2: One terrorist was killed in an ongoing encounter with the security forces in the Baskuchan area of South Kashmir's Shopian district, officials said on Sunday.

The gunfight started after a joint team of police and security forces got an input about the presence of terrorists in that area.