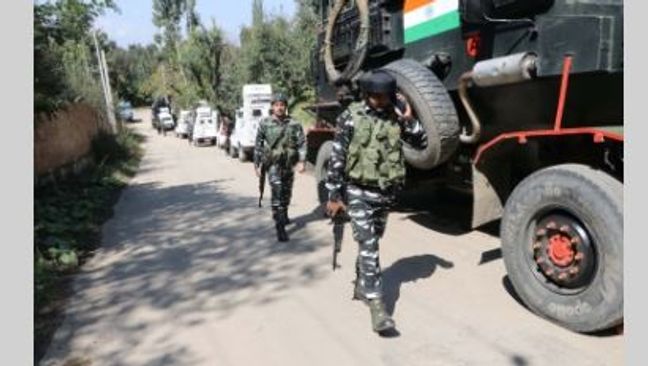 One terrorist was killed in a gunfight with the security forces in the Moolu area of South Kashmir's Shopian district, officials said on Wednesday.

Srinagar, Oct 5: One terrorist was killed in a gunfight with the security forces in the Moolu area of South Kashmir's Shopian district, officials said on Wednesday.

There have been two encounters in Shopian in less than 12 hours.

Earlier on Wednesday, three Jaish-e-Mohammed (JeM) terrorists were killed in an encounterwith the security forces at Drach area in South Kashmir's Shopian district.

The gunfight started after a joint team of police and security forces got an input about the presence of terrorists in that area.

One terrorist was killed in an encounter between the terrorists and security forces in the Baskuchan area of South Kashmir's Shopian district on Sunday. (IANS)