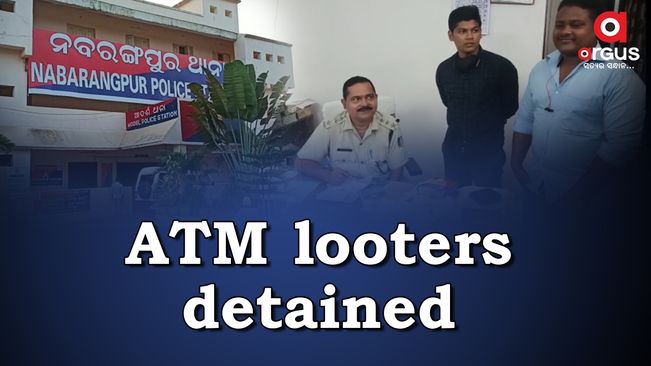 The accused have been identified as residents of Uttar Pradesh.

As per reports, the special squad of police, formed by Nabarangpur SP, arrested the miscreants when they were allegedly trying to loot cash from an ATM kiosk located near the SBI main branch in the town late last night.

A case has been filed against the accused persons and further investigation is underway, a senior police officer said.