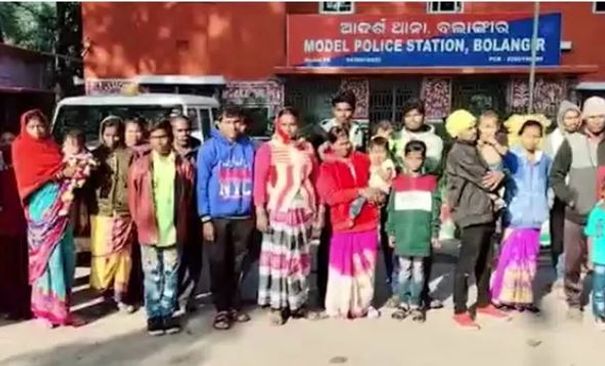 Balangir, Nov 25: Police rescued as many as 44 bonded labourers, including 14 children, allegedly being trafficked to Hyderabad, from Odisha’s Balangir district on Friday.

The rescued labourers comprising of 30 adults and 14 children are the residents of Belpada area of Balangir district, police sources said.

Acting on a tip-off about human trafficking, Balangir  Police intercepted a passenger bus, carrying the laboures,  near Kacheri chhak here.

When asked, police came to know that the labourers were allegedly being taken to Hyderabad  by a middle-man to work as bonded labourer in a brick kiln.  They were planning to travel Hyderabad in Nagabali Express from Balangir railway station, sources added.

Later, the local administration and police made arrangements to send the rescued labourers to their respective villages.

Human-trafficking has been on the rise in Western-Odisha districts due to lack of employment opportunities in the locality.