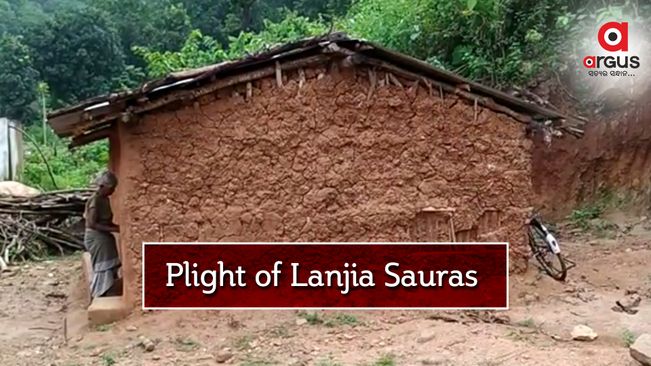 Talaguda, a small hilltop village inhabited by primitive tribals seems to be a cursed land as basic amenities still eludes the locals. The village neither has road nor electricity, forcing the people to languish in isolation and darkness.

Located 40 km away from Gunupur and 15 km from Putasingh, the village also lack any healthcare facility. As a result, people carry their sick family members and relatives on cots to the nearby hospital at Putasingh, passing many dangerous forest and hilly paths.

“We don’t believe that we are living in a welfare country. Seventy—three years have passed since Independence. Unfortunately, our demands for good roads, electricity and healthcare facility still remain unaddressed,” said the residents of Talaguda.

The villagers said they have to trek miles to reach Putasingh to buy basic things for their day today need.

A visit to the village revealed that Pradhan Mantri Awas Yojana still remained unreached to many of the tribals and they lived in small and unwalled sheds, putting themselves to risk of attack by wild animals ad reptiles.

“We are aware of the problems of Talaguda people. Actually, Talaguda is one of the 12 hamlets in the area. We have approved two roads Under Mahatama Gandhi National Rural Employment Guarantee Act to connect Talaguda. It will be connected from two sides. Once the roads are built, they will have access to all sorts of amenities,” said J Sonal, Sub-Collector, Gunupur.