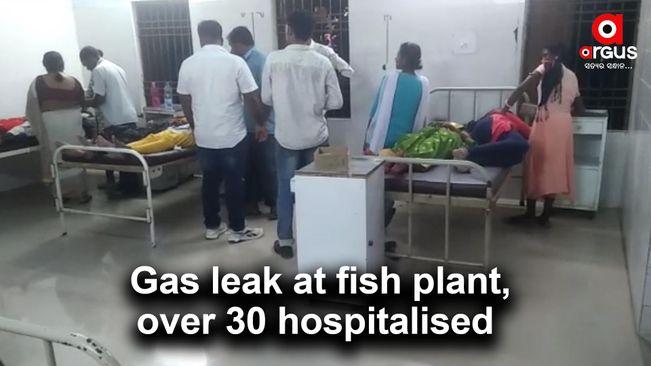 More than 30 workers of a fish processing unit in Odisha’a Balasore district fell sick after ammonia gas reportedly leaked from the plant on Wednesday.

Balasore, Sep 28: More than 30 workers of a fish processing unit in Odisha's Balasore district fell sick after ammonia gas reportedly leaked from the plant on Wednesday.

As per reports, the incident occurred at a prawn processing plant near Khantapada in Balasore district this evening.

While some of the employees were admitted to the Community Health Center in Khantapada, some others have been shifted to the District Headquarters Hospital in Balasore as their condition reportedly deteriorated.

On being informed, local police reached the spot and initiated a probe into the incident.