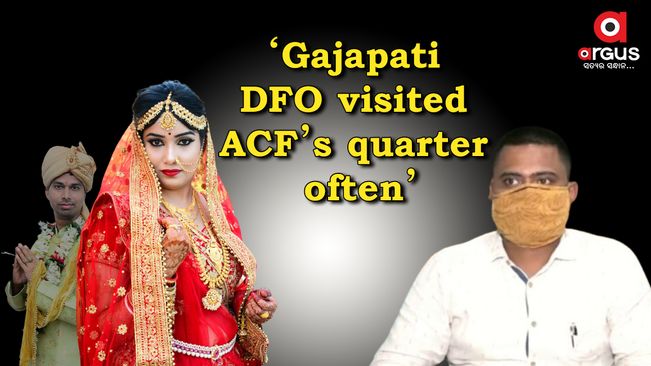 Paralakhemundi, Sep 4: At a time when police have come under public glare for failing to find any clue behind death of Parlakhemundi ACF Soumya Ranjan Mohapatra, a former night watchman’s revelation has antagonised accused Divisional Forest Officer (DFO) Sangram Keshari Behera’s claim that he had no relationship with Bidyabharati, wife of Mohapatra.

Pradhan even said he was sacked from job as he had caught him red-handed once. He said DFO’s continued visits to ACF Mohapatra’s house still remains talk of the town and all staff would come out to publicly say this if the officer is transferred forthwith.

According to many, Pradhan’s assertion assumes significance as DFO Behera claims that he had not seen Bidyabharati till the incident (Death of the ACF due to burn injuries) and, based on his statement, Gajapati SP gave him clean chit.

It may be noted that the Crime Branch, which has taken over investigation from Paralakhemundi police, grilled Bidyabharati on September 2. The investigating team asked her total 70 questions in seven hours of interrogation.

Two weeks earlier, the Crime Branch had interrogated the DFO at the Paralakhemundi Police guest house for around three hours.

Following ACF Mohapatra’s death, his parents had named the DFO, daughter-in-law Bidyabharati and cook Manmath Kumba as people responsible for death of Mohapatra. They have particularly alleged that Bidyabharati and DFO Behera had secret relationship and that intimacy led to their son’s death.