Man hangs himself to death over marital discord on Bhubaneswar outskirts 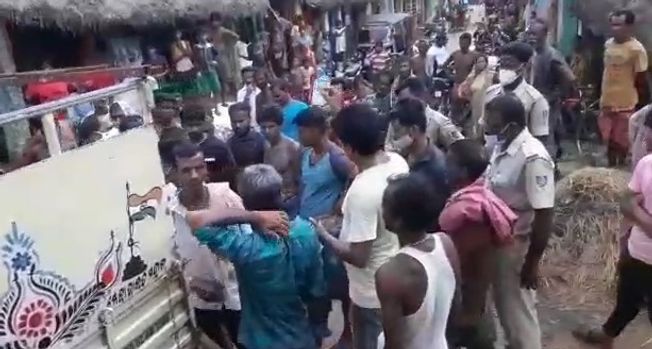 The relationship between Ranju and his wife was going through a bad phase for past 1-2 years after he lost his source of income in the wake of the Covid onslaught.

Bhubaneswar, Oct 4: A married man hung himself to death over marital discord at his in-law’s house in Rajas Pradhan Sahi village under Balipatna Police Station located on the outskirts of State Capital Bhubaneswar last night.

The deceased has been identified as Ranjan Kumar Swain alias Ranju.

Ranju, a driver by profession had tied the knot with a local girl after remaining in a love affair for quite some time. While ever since his marriage Ranju lived at her in-law’s house, the couple had a son and a daughter out of the wedlock, informed Krupasindhu Barad, IIC Balipatna, who reached the spot and carried out the preliminary investigation.

The relationship between Ranju and his wife was going through a bad phase for past 1-2 years after he lost his source of income in the wake of the Covid onslaught. The husband and the wife started living separately even while remaining under one roof for last one month, after domestic quarrel remained a regular affair between them, the IIC added.

Due immense mental stress, Ranju hung herself from the ceiling fan in his room late last night, says report.

While the body has been sent for autopsy, further investigation into the suicide is underway.