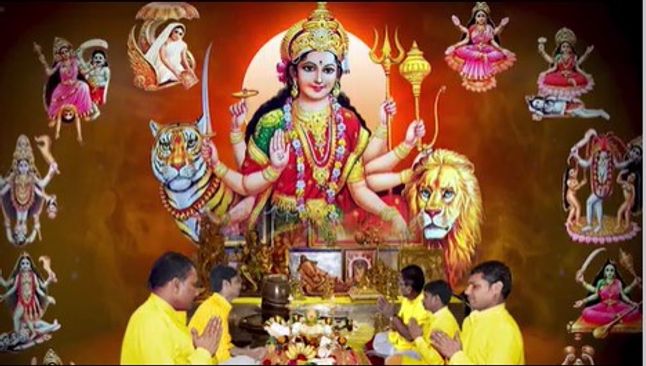 The holy ‘Nabaratri’ Puja (Nine-day festival) of Goddess Durga began at various goddess temples across Odisha today amid much religious fervour and serenity.

It is believed that devotees get ample blessings of Goddess Durga if they pay obeisance to Her on the first day of Nabaratri.

While Nabaratri marks the beginning of Dussehra Puja on the Shukla Pratipada (first day of light fortnight) of the holy month of Ashwina, presiding deities are adorned in nine different Beshas (attires) through nine days till Dashami.

District administrations have also made special arrangements at respective goddess temples for the holy nine-day puja of Goddess Durga.