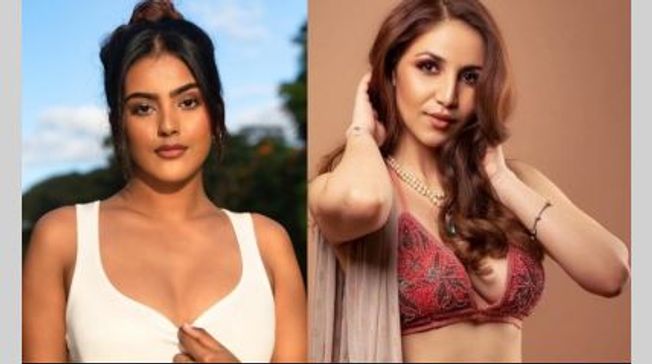 Mumbai, Dec 3: 'Splitsvilla X4' contestants Shrea Prasad and Aradhna Verma get into a tug-of-war because of their liking for the same guy, Aagaz Akhtar, in the show.

Shrea (22), who is a model and beautician, feels bad as she also has a liking for Aagaz, but he likes fashion designer Aradhna (25).

Shrea liked Aagaz from the time she saw him on the dating reality show. She also gave him a rose and expressed her liking for him. But Aagaz, without even meeting Aradhana, was talking about her and was looking forward to meeting her.

Shrea says: "After doing so much for Aagaz, he still chooses Aradhana. I have been working really hard for him, but I don't know what he is thinking."

Aradhana replies: "Why is Shrea getting so offended, it is Aagaz's choice. Even though I am working hard in my own way. So this doesn't make sense."

Furthermore, there is a lot of drama happening between Uorfi Javed and Kashish Thakur's love connection, though they end up fighting with each other.

Uorfi also gets into a heated argument with Saumya Bhandari and Aradhana Agarwal and asks them to leave her room immediately.