6 migrant labourers from Odisha charred to death in Andhra Pradesh 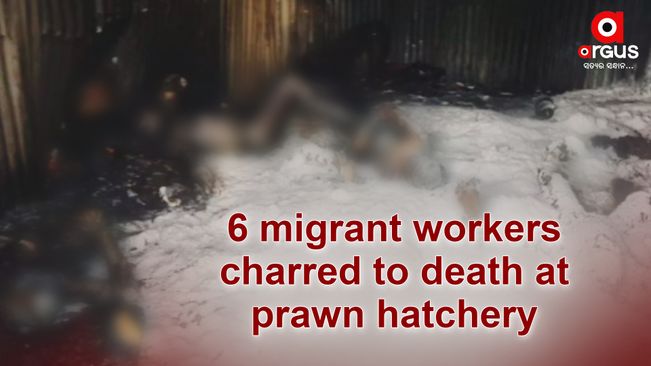 All six deceased were natives of Gunupur area in Odisha’s Rayagada district.

Guntur, Jul 30: In a tragic incident, at least six migrant labourers from Odisha were charred to death in a fire mishap at a prawn hatchery in Repalle of Guntur district in Andhra Pradesh in the wee hours of Friday.

Three to four other labourers sustained injuries in the fire mishap.

The deceased have been identified as Ram Murthy, Kiran, Manoj, Pandaba, Mahendra and Naveen Sabar. All six were natives of Gunupur area in Odisha’s Rayagada district.

On being informed, local police reached the spot and recovered the bodies. They found that the victims had slept on the bags of calcium oxychloride (bleaching powder) used in aqua tanks.

Police sent the bodies to the Government Hospital in Repalle for autopsy.

Initially, it was assumed that the fire mishap might have been due to a short circuit, but the electricity department officials who inspected the place ruled out the possibility, police sources said.

A case has been registered and the further investigation is underway, police said.