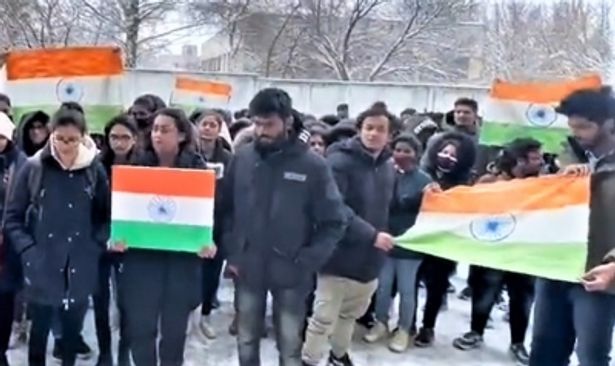 The National Medical Forum has urged PM Modi to consider those medical students who have been evacuated from Ukraine as war victims.

New Delhi, Mar 19: The National Medical Forum has written to Prime Minister Narendra Modi urging him to consider those medical students who have been evacuated from Ukraine as war victims.

"By Geneva convention, these migrations were forced and as a result of the unfortunate war between the two countries leading to a loss of fruitful employment and living opportunities for these displaced students and thus these displaced and migrated students should be considered as War Victims", reads the letter.

Talking to IANS, Dr Prem Aggarwal, President National Medical Forum, said, "Just bringing the students from war-torn region will not help them. They are the war victims. We have to make one-time special clause for them to complete their studies". Dr Aggarwal said that the forum will also file a petition in the Supreme Court to declare them as the war victims.

Due to the ongoing war between Russia and Ukraine, massive destruction and loss of lives have taken place in all the cities of Ukraine leading to exodus of Indian medical students from that country. These students were not involved in the war but were residing in the war zone and thus were at an extreme degree of risk of hostilities, reads the letter.

However, now they lost the opportunity to complete their education and fruitful employment, said the forum requesting the government to declare these forcefully migrated students as war victims so that the community can help them accordingly.