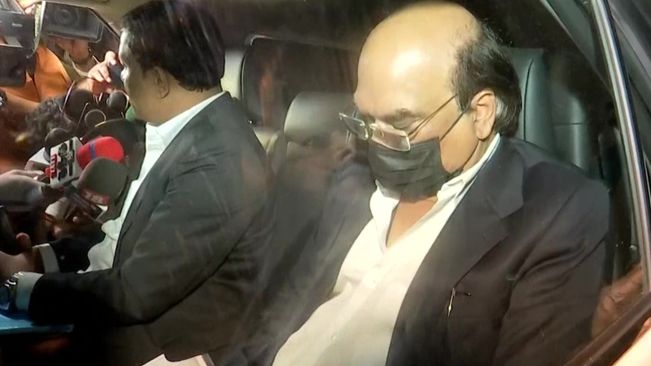 The central agency is probing the assets and cash amassed by alleged blackmailer Archana Nag, her husband Jagabandhu Chand and their associates, over a few years. Akshay Parija had filed a complaint with Nayapalli police against Atchana for demanding Rs 3 crore after allegedly capturing his intimate photographs.

According to the information, the Central agency might bring Parija and lady blackmailer Archana Nag’s aide Shraddhanjali Behera face-to-face to extract concrete information.

Akshay Parija was questioned for several hours in the ED office on Tuesday. He was accompanied by his lawyer. After leaving the ED office, Parija said that he cooperated with the agency.

His advocate said Parija believes in the law and will get justice.

He was asked to appear before the agency on November 19 but had requested some more time citing health issues after returning back from Bangkok.

The ED has traced Rs 2.5 crore deposits in the bank accounts of Archana and Jagabandhu between 2017 and 2022 and investigating the matter.

Archana Nag belongs to Kalahandi and she is accused of amassing over Rs 30 crore along with her husband between 2018 and 2022 by blackmailing and threatening some politicians and affluent people.

Archana, her husband, and her Associate Khageswar were arrested by Bhubaneshwar Police on the charges of blackmailing and are now lodged in Bhubaneshwar jail.