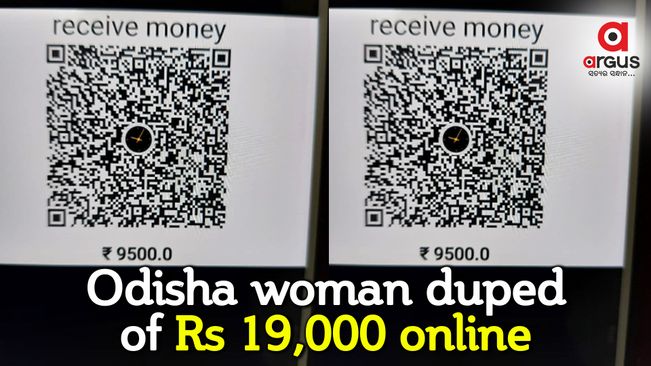 Bhubaneswar, Feb 10: A woman of the State capital here has allegedly been duped of Rs 19,000 by a man who approached her as a buyer on an e-commerce platform.

The victim, identified as Reshma Mohapatra, on Wednesday lodged a complaint at Cyber desk of the Commissionerate police in the city in this connection.

As per reports, Reshma, a lecturer at a private institution, had put up a washing machine for sale on an e-commerce platform. She was approached by a man who showed interest in making the purchase.

When she finalised the deal at Rs 9500 for the washing machine, the man initially transferred Rs 5 into her account.

Subsequently, the man sent her a QR code and asked her to scan it so that the fixed amount could be transferred into her account.

Later, Reshma approached the Infocity Police Station in the city, requesting action against the accused person. However, Infocity Police asked her to lodge a complaint at the cyber desk of the Commissionerate of police in this connection.