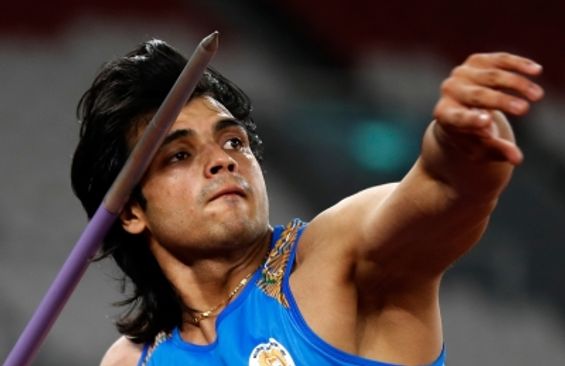 Kuortane Games is a one-day athletics meet scheduled to take place on June 26.

"It looks doubtful as Chopra hasn't got approval to travel to Kuortane from the Finnish government though he would be competing in Karlstad Grand Prix in Sweden on June 22," a source told IANS.

Chopra, the 2018 Jakarta Asian Games champion, last week got a visa to travel to France.

"He will be based in the northern part of France in Lievin for a fortnight and will undergo a 10-day quarantine mandatory for Indians. But it is uncertain whether he would get a window of two hours a day to train outdoors during quarantine," added the source.

The 23-year-old Chopra is expected to leave for European training-cum-competition stint this week. He will be accompanied by foreign coach Klaus Bartonietz and physio Issan Marwaha.

"Since the situation is changing rapidly, it is also uncertain how many competitions Chopra would be able to compete in after the quarantine period is over," said a coach familiar with the development.

In March, Chopra had improved his national record to 88.07 metres during a domestic meet in Patiala.

In January 2020, the national champion with a throw of 87.86m bettered the Tokyo Olympic Games qualifying mark of 85m at the South African domestic tournament in Potchefstroom.

Since then, he hasn't taken part in any international competition due to the pandemic.
(IANS)